LAND BACK! What do we mean? 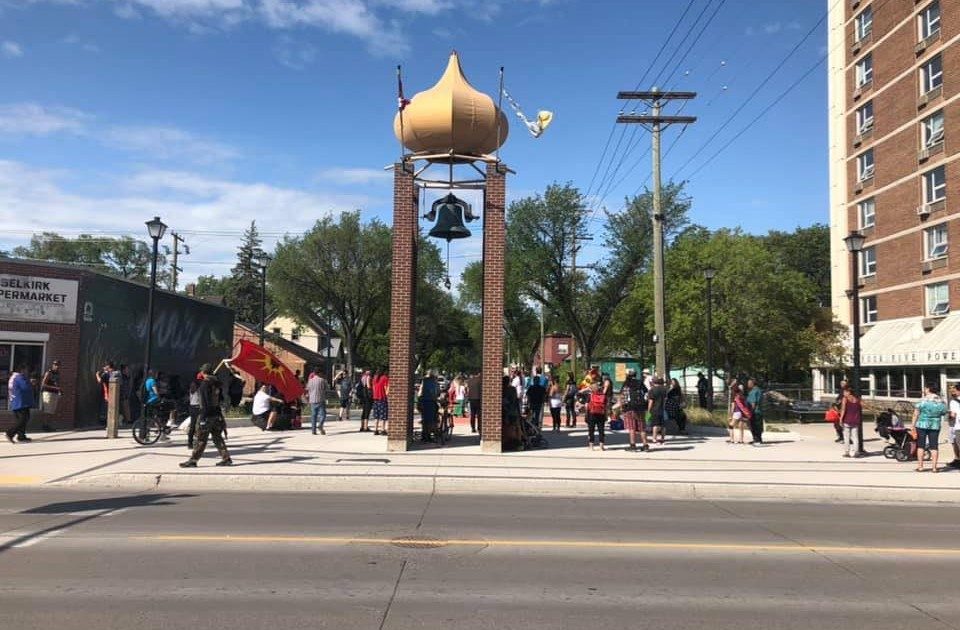 Note to reader: This piece is meant primarily for non-Indigenous people living on Indigenous lands. It is supposed to confront, while simultaneously comforting your uneasiness around land back and reparation conversations and actions. Please take your time in reading this, exploring where in your thoughts and body your discomfort shows up. Acknowledging and unpacking how it makes you feel is an important part of personal growth. Also this is only an opinion piece: recognizing the diversity of Indigenous teachings, governance and lived experiences means that Indigenous people will have different interpretations of this topic.

To begin this reflection, I would like to paraphrase something that Kris Archie — an amazing Secwepemc and Seme7 facilitator — said at a recent funders conference:

“When you hear the words decolonization, white supremacy, patriarchy or even racism, do you feel something? Do you get a chill down your back, randomly start crossing your arms, get tense all over your body, or even just feel an urge to resist? Well good! When your body is cold it shivers, when it’s hungry it growls, when it’s in fear it shakes and when it’s sad it cries. Your body is meant to respond, whether that be physical or emotional, and it’s the same when deconstructing what you’ve been taught. It tells you that something is there and that you must go through it and find ways to process it.” – Kris Archie, Executive Director of the Circle on Philanthropy and Aboriginal Peoples

The first time I experienced this framing being used in a room full of non-Indigenous peoples, I felt the energy shift. I felt shoulders loosen, anxiety released and some minds opened. The unique beauty this quote provides is that it offers a simple personal practice for tackling any situation in which unlearning is needed, including engaging in generative conversation about giving land back to Indigenous peoples.

Now that I have shared this, I would ask you to please keep Kris’ words in your mind, body, heart and spirit while exploring this concept. 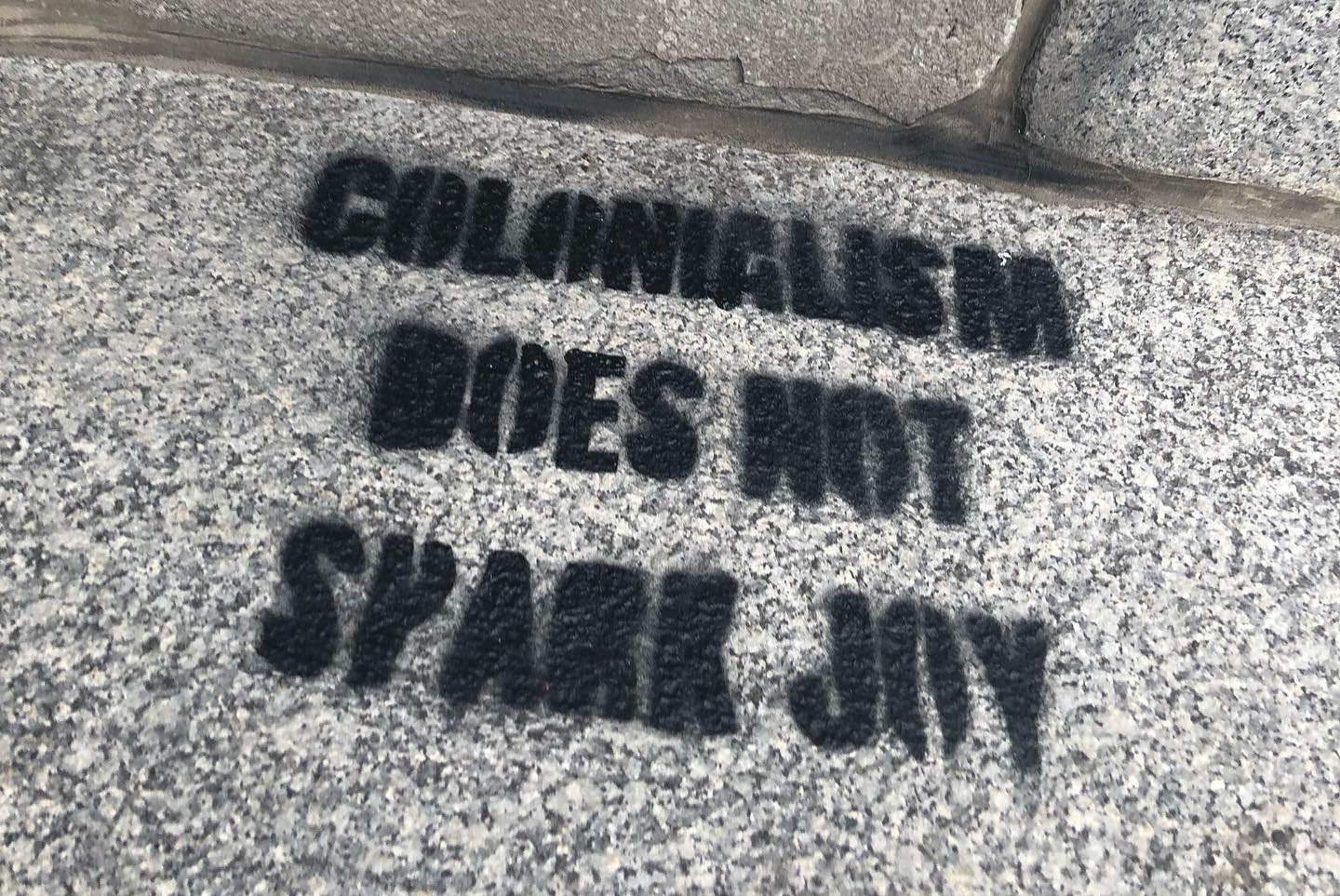 So, what does “Land Back” mean? While these words seem straight forward enough, this phrase encompasses a complicated and intergenerational web of ideas/movements. When I hear Indigenous youth and land protectors chant “Land Back!” at a rally, I know it can mean the literal restoration of land ownership. When grandmothers and knowledge keepers say it, I tend to think it means more the stewardship and protection of mother earth. When Indigenous political leaders say it, it often means comprehensive land claims and self-governing agreements. No matter what meaning is attached, we as Indigenous nations have an urge to reconnect with our land in meaningful ways.

When you look at it, as Indigenous peoples and nations, we come from the land. The land is our home, our mother, our caregiver, it’s what makes us Indigenous. The architects of Canadian colonial policy understood this. They knew that if they wanted access to the lands in order to generate wealth and power, that they would need to separate us from this relationship. So, they used tactics such as forced relocation away from our homes and onto reserves (Canada’s apartheid system), introduction of patriarchal governance (Indian Act Chiefs), starvation of traditional resources (such as buffalo massacares), breaking family units and knowledge transfer through Indian Residential Schools, targeting women and children with violent policies, limiting our access to on the land cultural practices, and even making it illegal for us to fight in the Canadian legal framework for stolen land. These were systematic tactics intended on destroying our relationship with our mother.

Considering this, non-Indigenous folks need to understand that land back is about much more than land. You need to understand that when you hear youth scream “LAND BACK”, when you see land protectors stand off against the RCMP, when elders make prayers for the land, and when political figures sit in land negotiations, Land back is about Indigenous peoples confronting colonialism at the root. It’s about fighting for the right to our relationship with the earth. It’s about coming back to ourselves, as sovereign Indigenous Nations

In school we are all taught a one sided and misleading version history, as a newcomer you’re told to avoid Indigenous folks and neighbourhoods, when buying property you’re made to believe that the land  you “own” wasn’t acquired through violence, but only through exchange. At every point possible your existence has been shaped to unknowingly push against Indigenous land reclamation efforts. Most people that reside in Canada are taught to avoid and neglect conversations about colonialism and its negative impacts, to be possessive of land and to be ignorant towards Indigenous folks. This is intentional.

Because of this I want to let you know that it is okay for you — non-Indigenous folks — to be gentle with yourself. Take time to feel what you feel, go learn and unlearn what is necessary to work on this relationship, let go of any fragilities and then come to us with your support. At the same time, I want to let you know that you cannot expect Indigenous folks to be as gentle. Indigenous peoples have been targeted, oppressed and colonized for centuries for our land, and we’re sick of it. We want desperately to get past the slow process of educating non-Indigenous folks, and put all our energy into saving the earth, our families, our kinship relationships and ourselves. If we yell at you, block you or just dismiss you, it’s because we don’t have time to support your emotional and intellectual processing. We have people to save and land to reclaim.

I know that I can’t provide readers with the end all answer on how to practice solidarity around land reclamation, but I do have some tips.

Here are some ways you can begin to unlearn your reactions to land back, and practice being in a better relationship with Indigenous peoples around land reclamation:

That’s it! I hope you have learned something new from this. Whether that is a reminder to explore your reactions, a piece of history, a new lens on colonialism or even just a possible next step. Take whatever you learned and use it to help Indigenous people who are taking those steps towards land back.

A Climate Movement for the People